AFR and what NOT to eat: Atlantic Salmon and Farm-Raised Fish 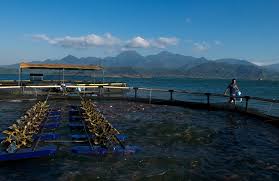 Here is why: “Farm raised fish, like salmon, is not nearly as healthy as their wild-caught counterparts. Not only are chemicals often added to help them retain their color, farm-raised fish is devastating for the environment. Farm raised fish also contains much less fatty acid and nutrients than wild caught fish. In October of 2016, a study found that levels of omega-3 in farmed raised salmon was half of what it was 5 years prior. Much of this had to do with the decreased anchovy content of their food.The University of New York in Albany found that environmental pollutants, dioxin, in particular, were found at levels 11 times higher than levels in wild-caught salmon. A Food and Water Watch aquaculture report in 2011 noted several concerning statistics. Hundreds of thousands of farm-raised fish make it out into the wild. It’s not just the fish that are escaping either, these fish carry with them parasitic “super lice” which are not killed by even the harshest chemicals. It’s not just the lice either, they carry with them diseases that nearby fish populations cannot endure. In 2015, the FDA approved the sale of genetically engineered salmon, and sellers of this fish are not required to label them. Approval was granted despite the fact that the salmon did not grow as fast as the creator had claimed”.
Instead of eating farm raised fish, chose wild-caught salmon, Atlantic Mackerel, and Pacific Sardines.
Go to link below to read the entire article about Adreanla Fatigue Syndrome and healthy foods.:
https://www.drlam.com/blog
Stay healthy my friends,
Mira
Share with friends: Twitter Facebook Google+ LinkedIn Pinterest WhatsApp